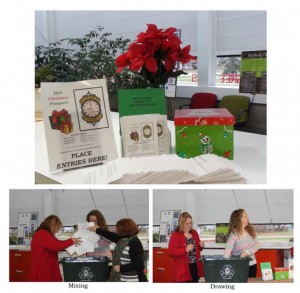 The winners are as follows:

Winners will be awarded their prizes at the Flat Rock City Council Meeting on Monday, December 21st 2015 at 7:30 p.m.

Flat Rock Dollars may be spent at any of the thirty participating businesses that supported the 2015 Christmas Passport Program. You can see the list below.

In the first year of the program, which ran from November 1st 2015 – December 15th 2015, resulted in three hundred entries for the prizes; generated nearly $50,000 in sales for the thirty participating Flat Rock businesses; and drew customers from twenty-three nearby communities.

The Flat Rock, Our Hometown committee would like to thank all individuals those who participated and all the businesses listed below. 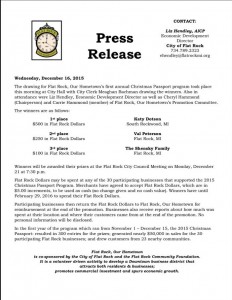 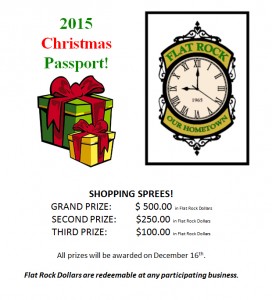 More importantly, support our local merchants and let them know you’re supporting their participation in the Christmas Passport program by having them record your business in your passport.