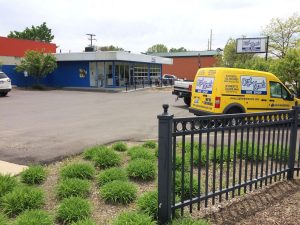 Manning, who was raised in Romulus, grew up about a ½ mile from the original Nemo’s and said for those who were raised on the sub shop’s food, there is a real affinity for the brand.

“It sounds weird but people who grew up on Nemo’s will tell me, ‘You have no idea what this means to me that Captain Nemo’s is here,’” Manning said. “As a kid, as young as I can remember, I was eating subs from Captain Nemo’s. I’m 44, so I’ve been eating Nemo’s for 40 years.”

Captain Nemo’s offers a bevy of sub options including steak and cheese, pizza, taco, club, tuna, vegetarian and more all cooked on a flat-top grill and housed in a baked fresh daily and locally-made Italian loaf of bread. Additionally, all of the steak meat is delivered fresh from a local butcher.